The 4 Most Crucial Marketing Metrics Every Company Must Know

We needed to generate leads for our services in a mature and specific market segment in the US – in a very short timeframe. FIC Global Advisors zeroed in on exactly what we needed and implemented a 360-marketing strategy with email, social media, event support, and paid ad components that generated quality leads from Fortune 1,000 companies for a fast ROI.

FIC Global Advisors helped us enter a new market in the U.S. within six months. We never could have achieved this level of success so quickly if we had tried to launch without them. Their expertise was invaluable.

Last year, our business expanded into four European markets and we needed support from experienced event logistics professionals quickly. The FIC team jumped in quickly to gain an understanding of our needs and helped us execute four excellent events. Their team was responsive, professional and the “extension” of our staff that we were seeking. 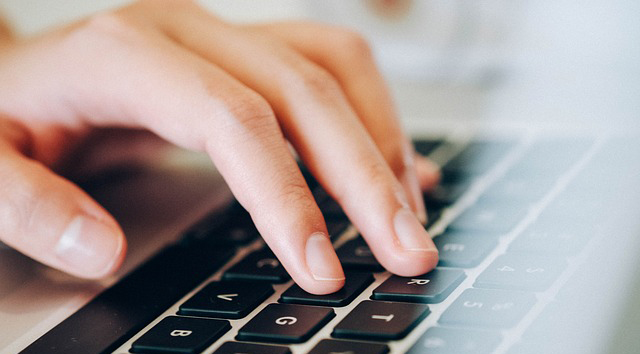 Make a lasting impact with valuable, relevant content that establishes your company as an expert and strongly resonates with your key audiences. 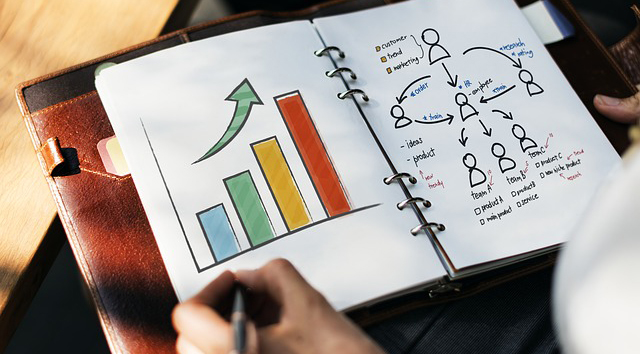 Get the most from your marketing and sales investment with a comprehensive strategy and road map to predictable, swift revenue growth.

Make a lasting impact with valuable, relevant content that establishes your company as an expert and strongly resonates with your key audiences.

Get the most from your marketing and sales investment with a comprehensive strategy and road map to predictable, swift revenue growth. 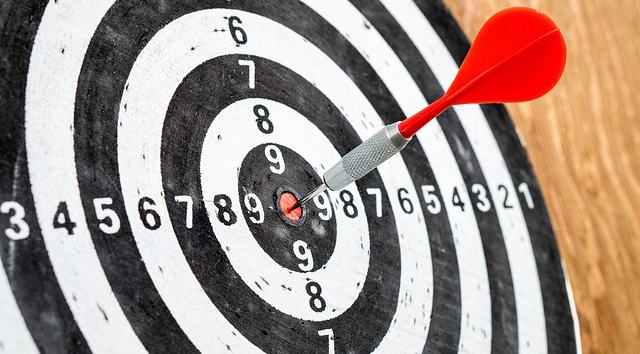 Grow your client base with effective and targeted lead generation and nurturing campaigns using the right combination of online advertising, email marketing, social media, and more. 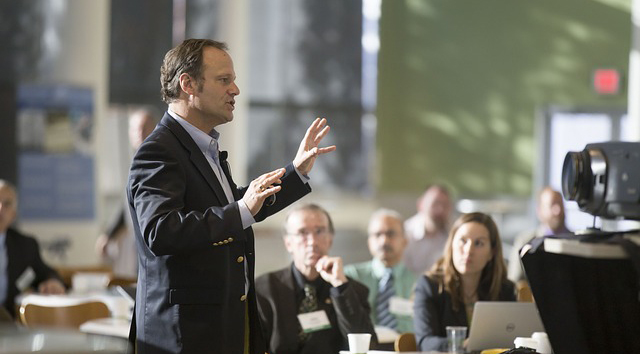 Optimize every aspect of your participation (and investment) in key events—from trade shows, association meetings and government symposiums, to customer-facing and other corporate events. 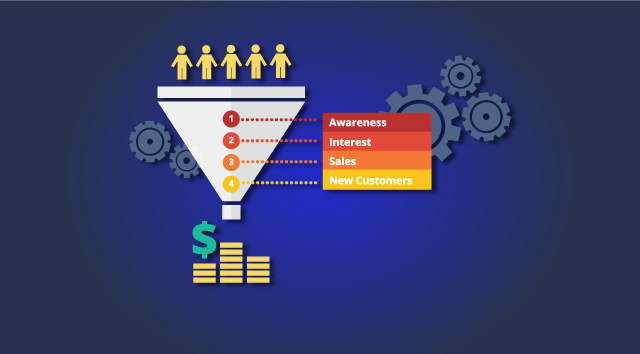 Grow your client base with effective and targeted lead generation and nurturing campaigns using the right combination of online advertising, email marketing, social media, and more.

Optimize every aspect of your participation (and investment) in key events—from trade shows, association meetings and government symposiums, to customer-facing and other corporate events. 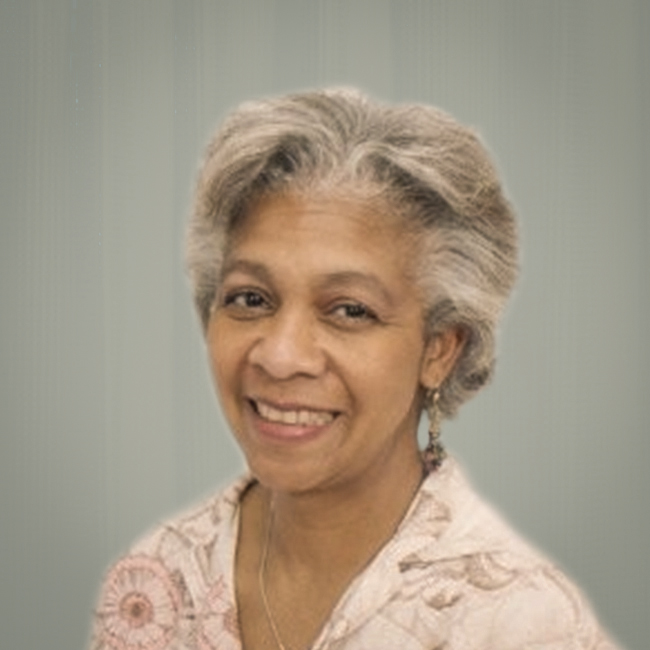 Dawn has been with FIC Global Advisors for the past 10 years. She directs the design and implementation of internal and client-facing communications. Her team curates and edits content for web, newsletters and other collateral.

She also focuses on facilitating international conference attendance and trade missions, as well as providing organization and support for groups who participate in matchmaking events in the U.S. and overseas.

Dawn has a Master of Arts in Teaching (MAT) and a Post-Graduate Diploma in Education (DipEd). Prior to joining FIC Global Advisors, she was CEO of Aurora Fae Writers for 15 years and served on the faculty at Kirkwood Community College for 18 years. 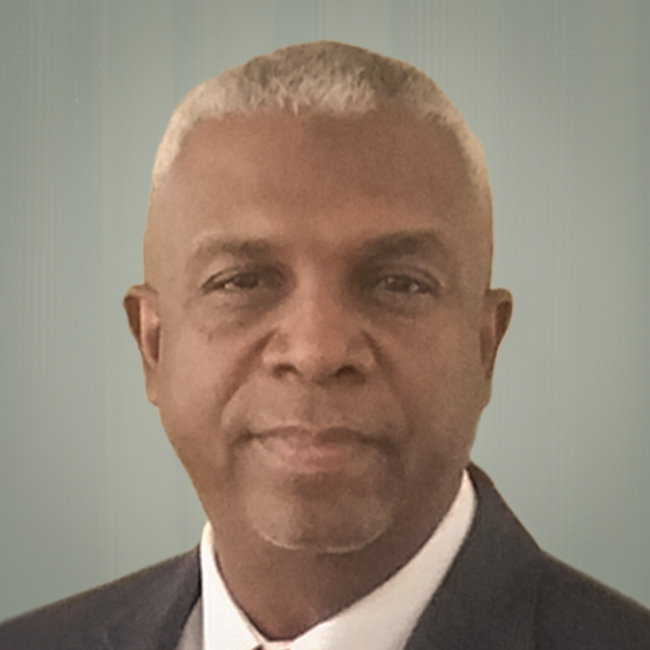 As the CEO of FIC Global Advisors, Andrew is focused on helping clients promote and sell their products or services by leveraging the firm’s experience and technology to target their best prospects, combined with a 360-degree marketing approach and sophisticated marketing automation tools to communicate messages that resonate with key audiences.

He has 16 years sales and marketing experience having held senior management roles in global sales, marketing and strategic alliances at Qwest Internet Solutions, IDT, and OutsourceWorld, a Florida-based conference and event company. 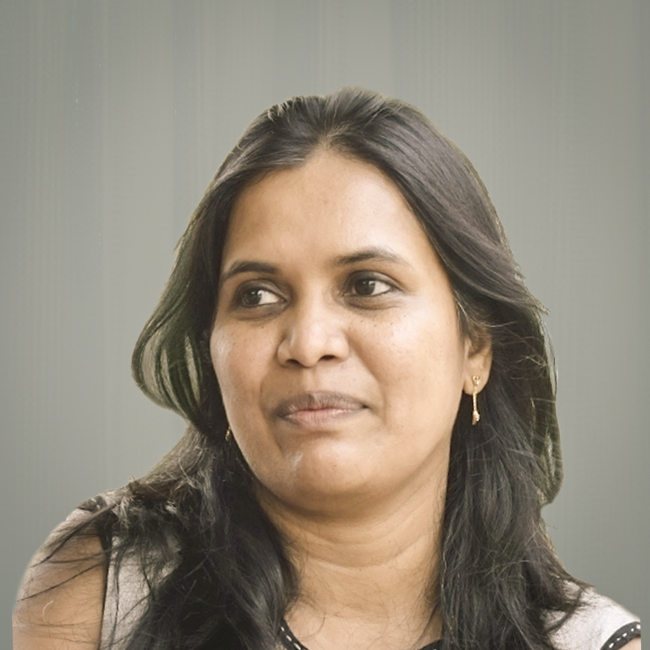 Debora plays a vital role in marketing promotion initiatives and works closely with the core team on driving successful outcomes for clients. As a marketing manager, she enhances client-facing activities by identifying and applying the right marketing tools to meet specific client requirements and deliver the best results.

She has more than 15 years of experience working in various sectors including IT, ITES and BPO. She started her career with document management outsourcing provider Lason Inc. and held marketing positions at Indchem Software Technologies Ltd. and Net Vision Cybertech (P) Ltd.

Debora has a Master’s degree in Commerce and an Honors Diploma in Systems Management. 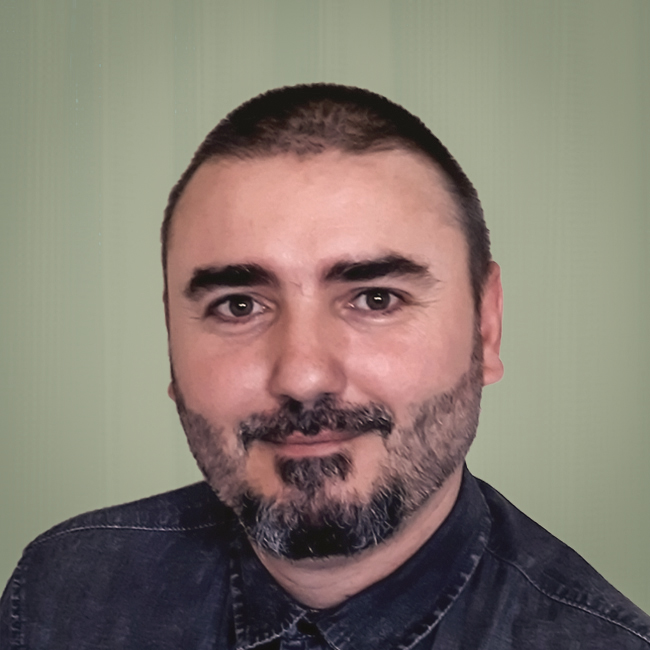 Iulian is responsible for numerous creative tasks, including designing, developing, testing, managing and maintaining websites; e-mail campaign development; as well as print and digital print media and testing, to ensure projects meet the client’s requirements and are delivered on time. 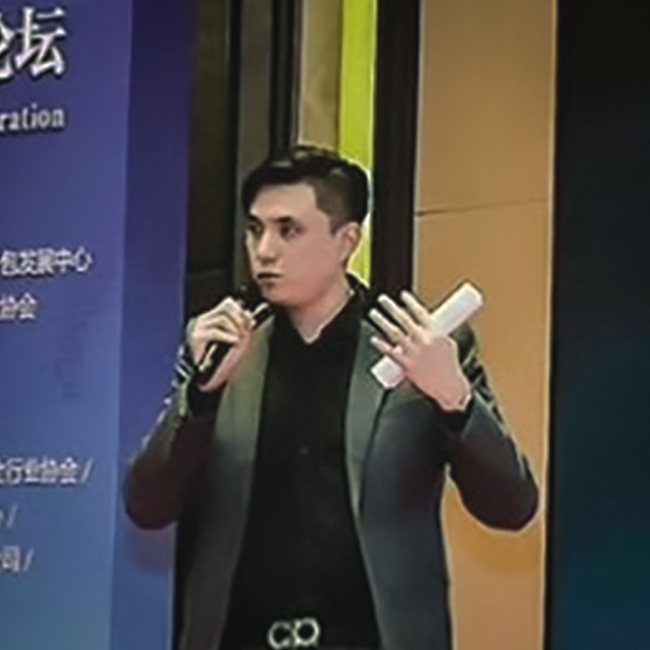 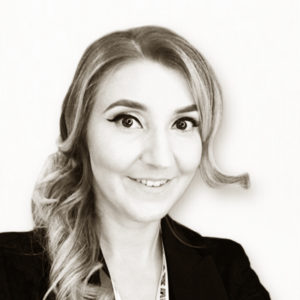 Nico is responsible for managing and directing all aspects of internal and external marketing communications to ensure actions accurately represent the clients’ values and objectives.

With more than seven years of experience in brand strategy, project management, digital and social media marketing, content development, and search engine optimization (SEO), she has vast knowledge of a range of business challenges, cultures and ideologies in culturally contrasting environments.

Prior to joining FIC Global Advisors, Nico held various marketing and project management positions at technology companies including East-Technologies and Smartware; media and event firms such as Russmedia and Augmented World Expo Europe; and transportation entities such as Kefren Expres, MyDeck, and The Annual Conference of Express Transporters of Goods.

The 4 Most Crucial Marketing Metrics Every Company Must Know 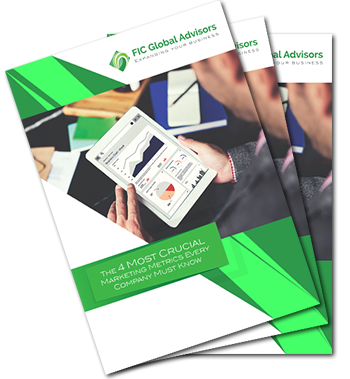 Here are the Top 4 Marketing Metrics you should always know to identify problems in your marketing programs and ensure you’re putting your marketing efforts and dollars in the right places. 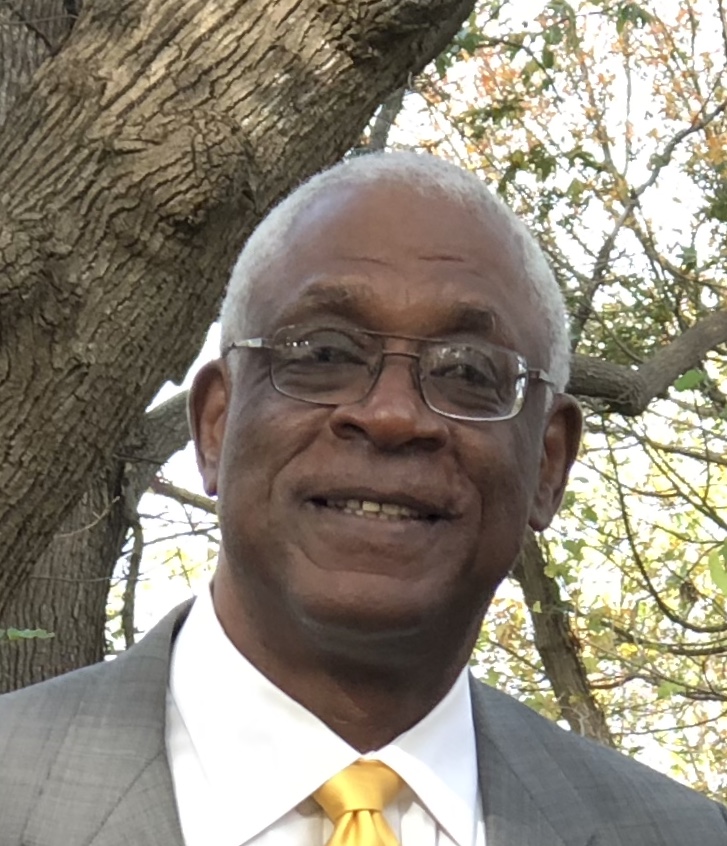 With over 30 year’s successful experience in sales, business development and project management, Tim Allmond is currently, CEO at the Platinum Technology Group. 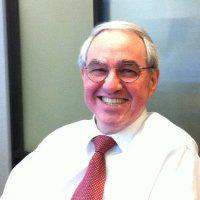 Arnaldo Carrera, who earned a Masters degree in Engineering Management from New Jersey Institute of Technology, has worked with Tricap Partners & Co. since April, 2016.

With over 25 years in banking, IT, and operations, he has been a top executive at Safra National Bank, Chase Manhattan Bank, Bankers Trust Company, and Canadian Imperial Bank of Commerce.

A trustee of ITDU (a non-profit promoting publication of reliable trade data) and the ACLU (American Civil Liberties Union), among others, Arnaldo was councilman and deputy mayor of his New Jersey Township.

A native Brazilian living in the US for 40+ years, Arnaldo is fluent in Portuguese and English, and was the first Brazilian elected to public office in the U.S.. 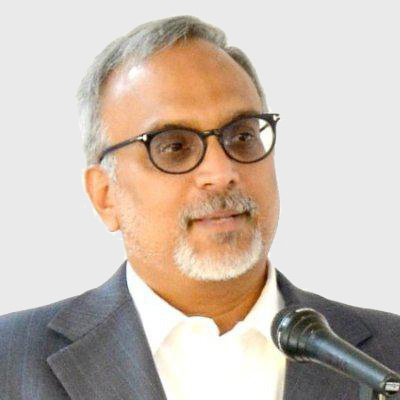 His early career was with captive centers, tier-1 and mid-tier services providers, in a career spanning 6 countries across 3 continents. Soumitra has helped Fortune 500 corporations such as the McGraw-Hill Companies define and execute their IT sourcing initiative.

Prior to his current position as Vice President, Globalization with Time, Inc., Soumitra was with the New York Life Insurance Company where he focused on managing offshore engagements.

He is frequently invited to speak at events on globalization, in various countries 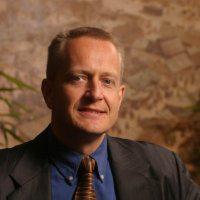 A multi-cultural entrepreneur educated in Switzerland and the United States, Cyrill Eltschinger has over 20 years of experience working in the China market.

He currently acts as strategic advisor to both commercial and government sectors on China market and various industry focused projects.

Previously he led Softtek China (formerly I.T. UNITED) for more than 10 years. Before that he was with Electronic Data Systems (EDS) for eight years, working on various assignments in Europe, the United States, and Asia-Pacific.

It was with EDS that he first came to China as Head of Technical Infrastructure to establish and lead the nationwide information and communications systems and automation of General Motors. 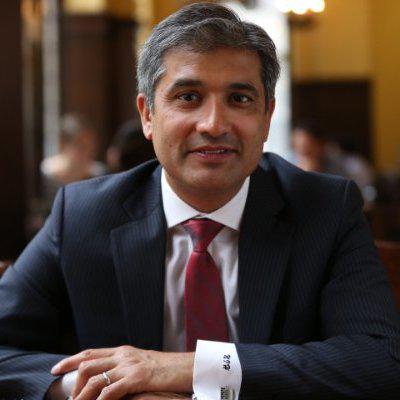 He has over 20 years of global professional experience in the private and public sectors.

Previously, he served as the Chief Information Officer at Queens College, City University of New York, where he aligned technology strategies to the College’s Strategic Priorities and created a consultative, customer-oriented team.

He has worked in challenging duty stations for the United Nations Department of Peacekeeping Operations and has led enterprise projects for multinational firms in New York and Hong Kong.